Hicks Rd Climb in Los Gatos - The Nemesis Has Fallen!

After 1.5 years of trying, I finally climbed the Hicks Rd from Los Gatos to New Almaden (in San Jose) without stopping.

I have tried that climb at least 15 times.  The two times I had finished it involved stopping a few times and then pushing the bike up the hill for at least for 5 minutes.

Hicks Rd climb is fairly short, but a very steep one and there is no tapering off as far as the climb goes.  It is one of those climbs where you feel rested when the grade is only 10%.


It has been one of those elusive goals that was part physically tough, but part mentally challenging.  My experienced cyclist friends have been always talking about this climb.  It has become a measure of extraordinary toughness in our conversations.  Something we would compare other climbs to.  I can recall only one other climb that was referred as tougher than Hicks.

So I started this ride on Friday late afternoon after an offsite meeting at Tollhouse Hotel in Los Gatos. I went over Kennedy for the first climb, then went up the lower Hicks, planning to turn around right before the big climb.

At the last moment though I decided to got a little further and climb a little on the tough part of Hicks.  After passing two of my usual turning points, I decided to go for a little more.  It kept getting harder to push on.  And then I finally got to the point when I couldn't go any further.  I zigzagged a little, regained the strength and kept pushing.  And voila!  The end of the climb!

The rest was easy, so I decided to go for the third little climb on Shannon Rd to complete the elusive (for me) Tres Altos ride from Mikes Bikes group rides -- without stopping for a rest. 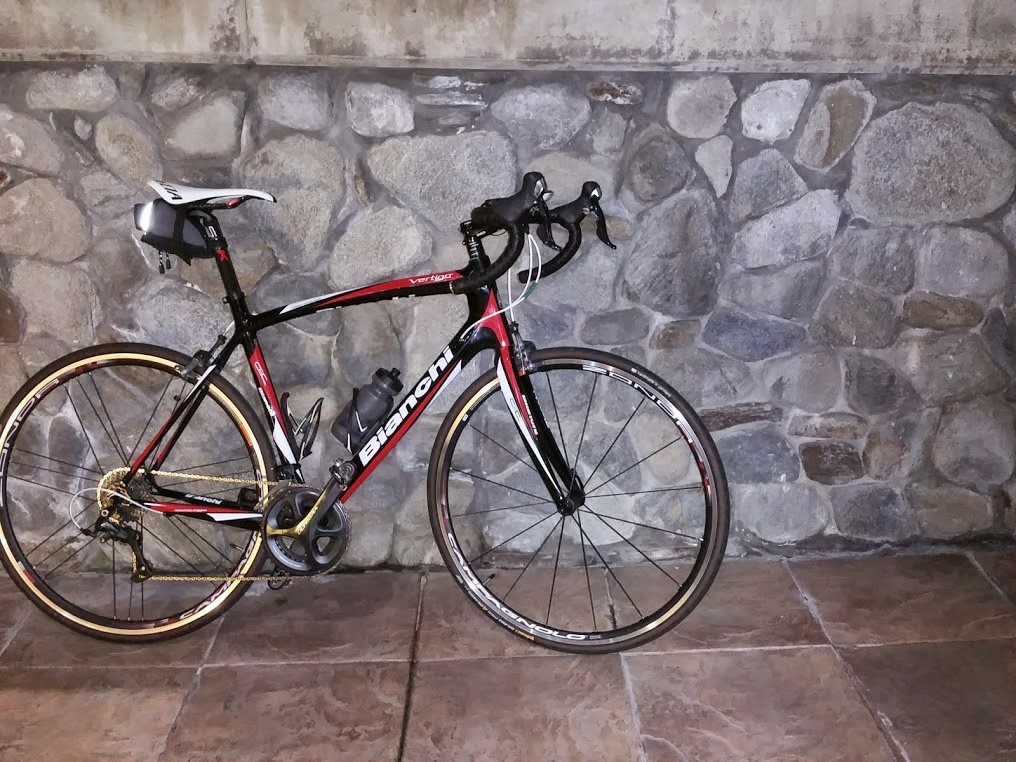 I made back to the hotel right before it got dark with an awesome feeling of an accomplishment and ready for the weekend!

It was the first ride with my new FSA SL-K carbon seat post, but that is a whole different story.
climb hicks rd los gatos 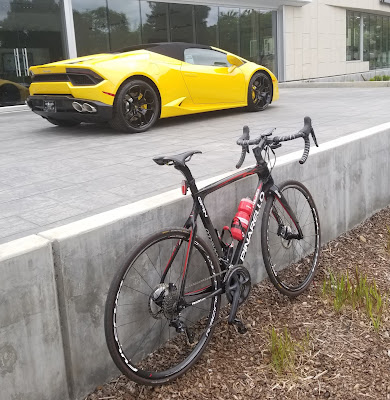